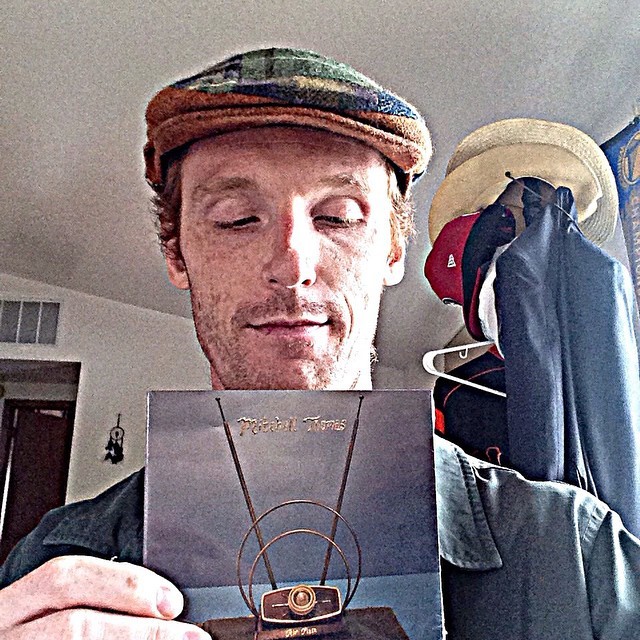 Very excited to announce that my album ’Air Plain’ is officially released today!
So excited and grateful for all the support and work from everyone involved. One thing I learned doing this solo project is that you can’t do anything truly ‘solo’ by yourself. Funny how things in life sometimes have a flip cause or effect or an ironic truth. The way the music on this record feels when I play it with my 7-piece band is there’s nothing ‘solo’ about it besides maybe during the early stages. However, since then it’s been brimming with influences of the musicians and technicians who helped in putting this “concept” record together. With both Matt Camgros on drums and Amy K Bormet on piano/keys and vocals for the entire record I coudn’t be luckier.
I learned that it’s a delicate balance to cultivate a project for almost a decade. It’s a balanace between drawing from your roots including all the elements that have created who you are today, with your present-day life, interests, ideas and vision, which is seemingly ever changing. What maybe defines our roots and ultimately our work the most is the people in our lives both personally and professionally. From teachers to peers to students, from brothers to friends, partners to colleagues, we all are creating an expanding web of our connection with each othe in a world which has almost no limit to how greatly we can influence people and be influenced.
‘Air Plain’ is a journey to and from a place that is of a finer and less visible quality, where music and consciousness could exist. Air is subtle and invisible but essential to life itself. Lightweight but potentially powerful, air in this record acts as a sort of metaphor or an example of a deeper state of existence amongst our world and the universe at large. In our day to day existence, air allows music to vibrate and ultimately reach our ears, and it is also essential for us to breathe it to survive. Air could potentially be the material through which thoughts and feelings travel, and consciousness itself.
Without an environment, both physical and spiritual coming from relationships and physical surroundings (including air), I wouldn’t have been able to create what I and everone else involved created. Thanks to those in my life, both now and before, who have affected me in some way. Thanks to those to come in the future for soon helping to shape the next project. If there was no one to share music with, it wouldn’t have much of a point, it would lack power and depth. It survives on us, on each other, like sound waves survive on air to travel to our ears, like we survive on air to breathe in our lungs. Music is meaningless in a void without consciousness or people, community or a universe to share it with and draw from.
May we share our work, whether music or service like we share air, and share water like we share life force and blood. Hoping all is well in your environments, hoping to see those who have done so much to make me who I am today and continuing on. Love and peace. -M