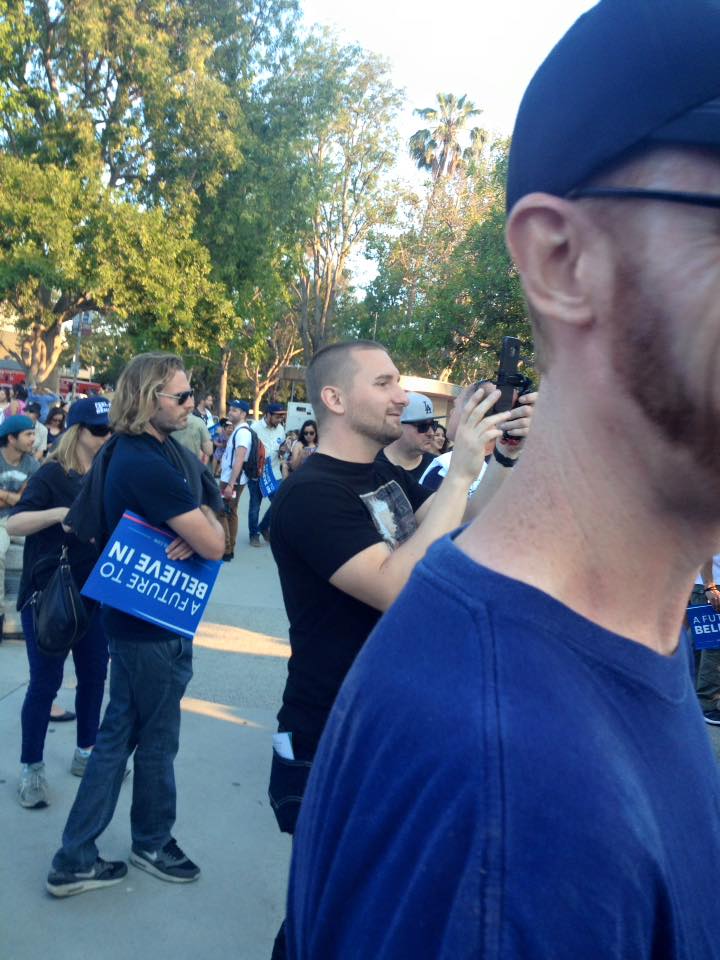 Since my state voted last night, I have to comment on what’s been going on with the elections. Sometimes you gotta say things that may be a little dark in order to shed light on them. I’m all for keeping everything positive, just like Bernie does, so I won’t be bashing Clinton or anything like that. I respect her and her supporters, just like Bernie does. But, I gotta be frank about the things I’m finding. The exit polls for primaries so far, up until California in which they were removed, had a very strange phenomenon in their numbers. Their results have a difference of 10+ percentage points from the actual election results. When it’s more than 2 points difference in other countries, its a red flag for election fraud. Suddenly, and before California, exit polls were done away with by the media and the DNC. We were left with just the polls which showed that Clinton and Sanders were essentially neck and neck. Bernie crushes in caucuses, just as he did in North Dakota. You can’t rig those, and he wins by 25-30 points often. If you view the show ‘Redacted Tonight’ you’ll see a routine elections board meeting where a compulsory auditing of the election machines showed that the hand count tally and the voting machine tally were different; whereas the hand count tally was roughly 50-50 for each Sanders and Clinton, the machine tally showed a favor of Clinton +20-30%. The elections board committee said ‘we’ll look into it for next time’. I’ve already read that an independent exit poll in California had Bernie winning, though I haven’t confirmed that. Point is, what is going on when half of the party has a sense that there’s a potentially massive election fraud? I hope investigative journalists bravely seek out the exit poll story, and see why the numbers were so different, and why they were suddenly removed. I knew Bernie would scare the hell out of not just the establishment, but of really powerful and really rich people. I was wondering what their response to him would be, and the primary rigging could be it. Luckily Bernie’s still in this thing, as he should be. I think us Berners can accept a fair loss, that’s life. Losing is part of it. But, it’s fair to say that there’s an overwhelming feeling of unfairness to this, and I think there needs to be some investigation into the elections for the most important primary and general election possibly ever. It’s premature to congratulate Clinton on the entire nomination because the super delegates don’t vote until July. That being said, I congratulate both candidates for creating an excellent dialogue. The movement for uplifting our compassion for each other, and for uplifting our consciousness both politically, spiritually, morally, and environmentally, is one that is very exciting and an honor to be a part of. As my University says, and proudly so, fight on!

Edit: I made an analogy on a friends post about this same subject, and it seemed to ring appropriate for this comment as well. I used to play competitive chess all around the country for years. I lost thousands of games, losing is a part of life, it makes you stronger. This doesn’t feel like a loss, it feels like someone took the pieces off, rearranged the board. It’d be nice, since there is evidence of rigging and election fraud, for this story to thoroughly be investigated.

2nd edit: I have to repeat what I’ve said on other comments here as well; I’m still feeling hopeful, millions are watching, millions want real change. Life is always changing around us, we are in a good spot.